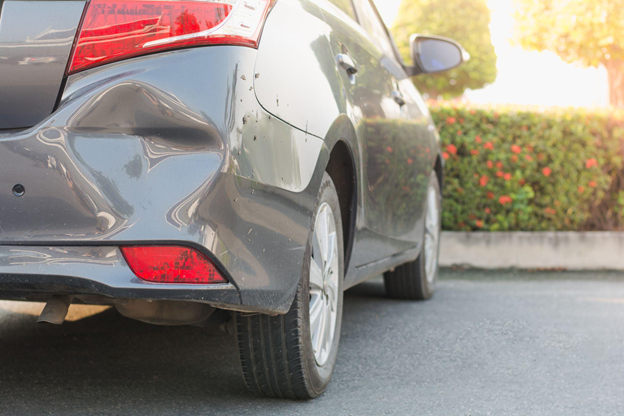 Dents and dings come with the territory of owning a car. Whether you accidentally slam your door into something or your car gets hit with enough force to make a dent, finding the right dent repair service can prove daunting enough that you try some repair myths that you’ve heard over the years to fix the damage yourself.

From “upcycling” an old glass jar into a vase to cleaning your oven using only all-natural ingredients, home DIY projects have exploded in popularity thanks to social media websites like Pinterest and Facebook. However, there are some projects that you should never attempt to DIY — like your dent repair in Fairless Hills, PA . Today, we’ll dispel some common DIY myths about dent and car repair, so put your home dent removal kit away and discover some of the truths about the best methods for removing any dings on your vehicle.

Myth #1: You Can Plunger Your Dents Away

Your bathroom plunger can perform various miracles throughout your home — generally, all revolving around unclogging drains. The theory behind this myth is that you can quickly and efficiently repair any car dents by using the suction cup of the plunger.

While plunging away your dents appears to be an easy and affordable way to fix your vehicle; the truth is the opposite. It’s never a good idea to use a plunger to get rid of dents, as this method has been proven to worsen your dent. When you push a plunger down, the air inside the plunger applies more pressure to the area, which can cause an even more considerable dent to form.

Leave the plunger in the bathroom and try your local auto repair shop instead.

This myth leverages some basic science coupled with a misunderstanding of what dry ice does to metal and paint that can cause more havoc to your car than an average dent. Most people believe that when dry ice interacts with metal, dry ice will cause your vehicle’s metal to contract, popping out the dent.

While the science behind this one appears sound, it’s another case where it doesn’t work quite as advertised. Dry ice is much more likely to ruin your vehicle’s finish than it is to repair your dents — not to mention cause severe burns if it touches your skin. You need to handle dry ice with care and not use it as a DIY dent fix.

When it comes to vehicle repair, the overall cost will be the first thing on your mind. You want to know how much will come out of your pocket and if you have cheaper alternatives. While most remain accustomed to skyrocketing prices for their car repairs, dent removal isn’t, in fact, too expensive!

When it comes to spending money on necessary vehicle repairs, “dent removal” doesn’t make the top of most drivers’ lists of top priorities. Many drivers leave dents in their vehicles, which makes the car look worse and may also mask underlying damage in the vehicle’s interior. Thankfully, the good news is that, contrary to popular belief, many forms of dent repair are covered by standard auto insurance policies.

Though you’ll need to check your policy for specific details on what’s covered and what isn’t, most drivers who carry comprehensive car insurance can expect to be covered for at least a portion of their dent repair costs.

When metal gets exposed to heat, it often becomes easier for people to manipulate it into different shapes and fix dents in theory. For DIYers, they often go with running a hairdryer over the dent to make the metal more pliable, allowing you to remove the dent manually.

While running a hairdryer on your vehicle isn’t likely to make your dent worse or cause damage, it also won’t help repair your dent. Hairdryers cannot produce enough kinetic power to make the metal more pliable, which means this dent repair method is just a waste of time.

Myth #5: Leaving Your Car in the Sun Repairs Dents

It all comes back to heat, helping make the metal more pliable and allowing you to fix the dents more quickly and efficiently than you would otherwise. Unlike the hairdryer method, this myth requires you to harness the power of the sun to generate the heat you need. According to this myth, leaving your car in the sun can help to repair dents. If you have damage resulting from hail, you might have heard the myth that leaving your vehicle in the sun can successfully “pop” out dents.

Like the hairdryer myth, this myth relies on the idea that metal tends to expand when it gets hot—when you leave your car in the sun, some drivers believe that the heat from the metal will cause the dent to rebound as it expands. Like the hairdryer myth, this isn’t a reliable form of dent removal because it’s unlikely that the heat from the atmosphere will be able to get your vehicle hot enough to successfully remove a dent—especially in weather conducive to hail.

Most dent repair myths involve utilizing an external force to either push the dent out or use an opposing force to act on the dent. The compressed air method works similarly and addresses any lingering small dents and issues with your car. Sometimes combined with the hairdryer myth, some drivers believe you can pop a dent out of your vehicle.

As we’ve reviewed before, your hairdryer cannot produce enough heat to remove a dent from your vehicle successfully, and the addition of compressed air likely won’t help. Though this method is unlikely to harm your car, it probably won’t help you remove the dent.

As you can see, tackling your own dent repair in Levittown, PA , doesn’t make much sense if you want to keep your vehicle looking great. A much better idea is to call the professionals at Peruzzi Collision Center. Our expert team has the tools and training needed to repair your dents the right way — no matter how large or small the job. Get in touch with us today to receive your free estimate!